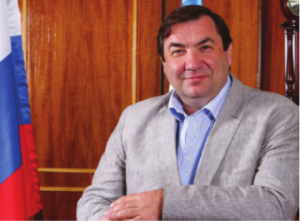 Aerosila is a unique enterprise specializing in the development and production of small-sized gas turbine engines and propellers with hydromechanical control systems.

Many years of experience in the development and production of auxiliary power units (APUs), propellers and rotor fans, including those with composite blades, and the reliability of products developed by Aerosila are confirmed by their use on aircraft of the aircraft and helicopter construction bureaus Tupolev, Yakovlev, Ilyushin, Sukhoi, Beriev, Kamov, Mil and Antonov, as well as on the ships of the Navy hovercraft. International cooperation for Aerosila began a long time ago, even in the era of MAP, successful for the domestic aircraft industry — in addition to maintaining the airworthiness of products operated abroad, propellers were manufactured in Czechoslovakia and China according to our documentation and technologies, and in Poland, the company’s specialists also participated in creation and maintenance of production of propellers and regulators. Aerosila unites and coordinates the creative efforts of many enterprises: developers of control systems, fuel equipment and electrical equipment, heat exchangers, sensors, other units, systems and materials, conducts advanced formation of requirements and setting promising tasks, including for leading industry research centers. The company carries out an efficient transfer of technologies and design solutions between the civilian and defense sectors, develops the design and technological potential, production and testing base. Recently, in the course of updating the tasks of import substitution set by the Government of the Russian Federation, Aerosila began to quickly and efficiently solve them at the most modern level. 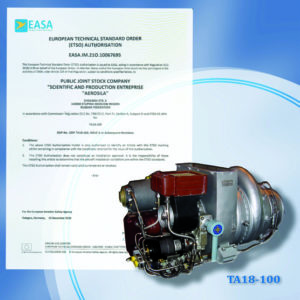 In particular, flight tests are being carried out and the company is preparing to fully support the entire production program for the Superjet SSJ-100 aircraft with domestic aircraft of TA18-100, and with the start of serial production of the short-range aircraft MC-21, to equip them with the promising aircraft of Ukraine TA18-200MC, the development of which has been completed by order of the Ministry of Industry and Trade of the Russian Federation. Interest in the production of APU TA18-100 was expressed by Italian partners. Based on a license agreement with Aerosila, the Italian company OMI s.r.l. develops mass production of APU TA18-100 and creates its own test base. OMI s.r.l. APU TA18-100 is being promoted for use in Airbus, ATR, Leonardo and Embraer products. The Italian company plans to provide support for its operation in Europe, as well as to subsequently carry out repairs of products developed by our company. OMI s.r.l. creates new jobs and receives the support of the Italian government. The project being implemented, as a high-tech project in the aviation industry, is of national interest to Italy. Successful cooperation of PJSC NPP Aerosila and OMI s.r.l. — An example of achieving significant results in combining the interests of the state and business, building relationships on partnership, mutually beneficial principles. 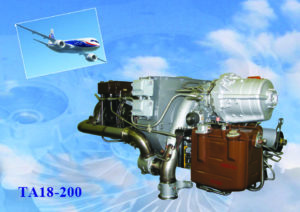 In October 2019, Italian Prime Minister Giuseppe Conte visited OMI s.r.l. and got acquainted with the positively developing cooperation between Aerosila and OMI s.r.l. The production of Russian high-tech products in a Western country is a real contribution to ensuring technological independence. APU TA18-100, which is promising for promotion to international markets, has specific and operational parameters at the best world level, which is confirmed by the ETSO approval document received in December 2018 at the headquarters of the EASA European Flight Safety Agency (Cologne, Germany), which, of course, will expand the competitive capabilities of TA18-100. The event is significant for the entire Russian aviation industry — for the first time a European certificate was issued for an aviation unit developed in the Russian Federation. It is planned to carry out the development of the APU for the Russian-Chinese heavy helicopter AHL. In 2016, during the AIRSHOW CHINA 2016 air show, between Aerosila and Chinese participants of NEIAS and AVIC Intenational, a Protocol of Intent was signed on joint development based on the APU TA18-100 for the Russian-Chinese project. International cooperation is not limited to APU. Successful experience in creating propellers and rotor fans (including unique co-axial propeller fans СВ-27 for An-70 aircraft) with an efficiency of 0.9 has led to a qualitatively new phenomenon — foreign customers are requesting the development of a coaxial rotor to replace the currently used single propeller, in order to improve the operational characteristics of the aircraft. An indispensable condition for Aerosila and our partners in organizing cooperation with foreign companies is to ensure technological security and independence of the state, and it is gratifying to realize that. 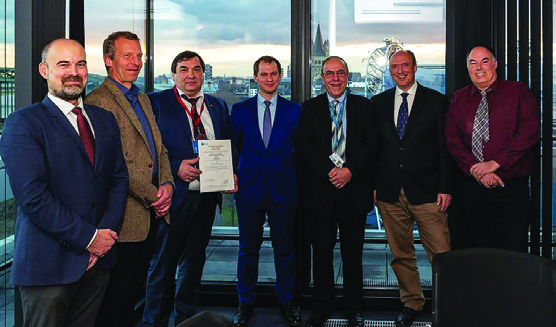